What does your company need?

We’re here to explore, transform, and partner with you.

Get in touch with us today!

We know we need to “up our game” in marketing, but we aren’t sure where to begin.

You know you need to grow revenue, capture market share, and build great customer experiences. But where do you begin? And how do you know if your efforts are paying off?

mLeadership helps you develop a clear roadmap aligned with your business goals. Work with us to:

We need to reinvent our marketing capabilities to align with new business objectives.

Whether it’s a merger or an acquisition, internal restructuring, or a focus on incremental efficiencies, business transformation doesn’t leave much room for error.

mLeadership can help you transform your marketing capabilities without wasting time and budget, or sacrificing productivity. We can help you identify and assess new market opportunities, establish marketing plans, and measure your success every step of the way.

We need to grow the business and scale our current marketing capabilities to do it.

You already have some great resources in-house today, but they need some support—especially since your business objectives have a timeline.

The best marketing strategies drive competitive advantage with data-driven efficiency. mLeadership will partner with you to bring a new focus to your team, so that marketing can work more rapidly toward your business goals. If those include entering new markets, or achieving new levels of growth, we can help you scale your capabilities quickly.

Having the support of an experienced Chief Marketing Officer can transform your business. We know, because we’ve seen it happen. We’ve spent our careers helping established Fortune 500 companies, SMBs, and start-ups leverage marketing to grow their businesses. And we’re ready to do it for you.

What exactly is an interim, part-time or fractional CMO? An interim, part-time or fractional CMO gives you strategic access to the right expertise at the right time — without the costs associated with a full-time executive. Our CMOs bring their insight and experience to your organization — providing strategy, advice, and execution support to drive results.

However you engage with mLeadership, we’re ready to provide you with the precise level of service you need to achieve your business goals.

Our Advisory CMOs can work with your marketing team to establish best practices, shift to an agile marketing model, or master state-of-the-art marketing skills and capabilities to achieve new levels of business success.

Organizations are always growing and changing. To manage disruptions from a resignation or a business reorganization, you might require temporary expertise to keep your momentum going.

Our Part-Time CMOs provide the short-term or long-term executive support your business needs to design and execute marketing strategies and plans that will make a difference to your organization.

Marketing strategy can be complex. With executive services from mLeadership, you’ll have the knowledge and experience you need to master that complexity and achieve new business goals.

Whether you need to develop a new brand, design a robust go-to-market strategy, execute a lead generation program, or manage your marketing resources with more confidence, mLeadership can help you make it happen.

Execution matters — especially when even a small delay can sink a great plan. mLeadership can help you launch your marketing plans with the right mix of talent and tactics.

We can help you determine what tactics you need to pursue for the best results and put the right talent in place to execute. You can rely on our extended network of marketing professionals, or we can work with you to source talent in-house. It’s your choice.

You can only manage what you can measure. The trick, of course, is figuring out what you need to manage and why.

mLeadership can help you define marketing KPIs, align them with your business goals, and design the processes you need to track month-over-month performance to improve business decisions.

From Data to Insight to Action:
Using Data Analytics to Drive Greater Value from Events

A multi-modal analytics framework for understanding customer behaviors and perceptions across the event lifecycle.

From Apathy to Inspiration:

Overcoming a history of mergers and acquisitions that left the company with no unified voice. Reached a point of stagnation where the lack of innovation and a compelling strategy kept the business from moving forward.

Designed an 8-point strategy to redefine the company’s purpose, engage its employees, and reinvigorate its brand. Engaged HP’s business leaders to contribute and shape the new direction which broke down the silos by business unit and helped unify the company.

From Confusion to Clarity:
Creating a Sub-Brand to Engage New Audiences

Engaging a target audience not typically associated with the Sony brand to drive sales of key products for the company’s car entertainment system. 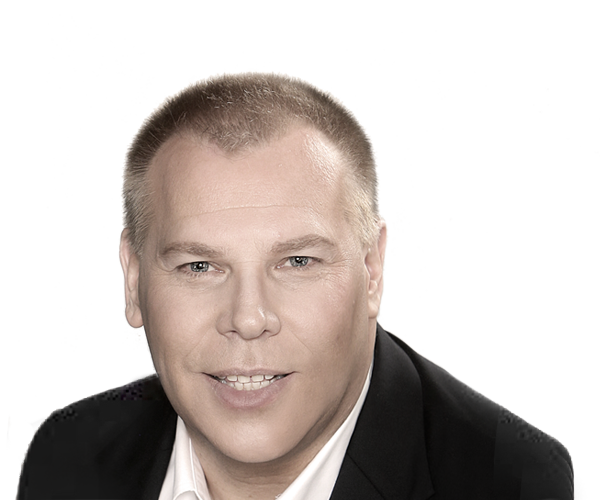 Ron is a global marketing executive dedicated to delivering results. For the past 20 years, Ron has used his business acumen across a broad range of companies to move product innovation and brand-building initiatives forward.

Ron’s experience driving organizational and operational transformation has helped him secure the trust of executive teams. As a data-driven and collaborative business partner, Ron has helped organizations build and deliver marketing strategy, operations, and tactics to achieve business outcomes.

From start-ups to global matrix organizations, Ron has a deep understanding of what fuels revenue, profitability, and productivity. He brings a principled 360-degree view to every engagement, facilitating fact-based business conversations and fostering relationships. Emerging technologies, globalization and market fluctuations are all driving rapid change. Through it all, Ron has acted as a stabilizing and clarifying force in ensuring marketing strategies are positioned for global execution, putting in place the necessary structure, governance, and policies and instilling a sense of ownership across teams to achieve the goals of the company and its customers and partners. 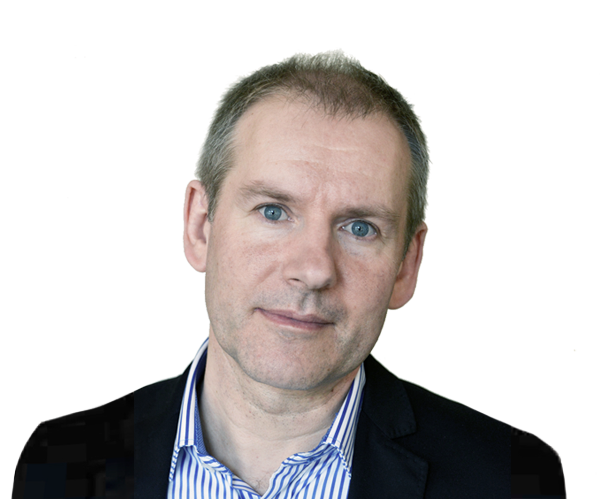 Tom has almost two decades of experience as a global marketing executive who built SAP’s marketing organization in Europe, US, Latin America, the Middle East and Asia Pacific. A multi-lingual and multi-cultural senior executive, Tom has lived and worked across the globe, delivering growth strategies that result in outstanding results.

Tom has won numerous awards, lectures MBA students, and has published a book for Brazilian children with the Emerson Fittipaldi Foundation. 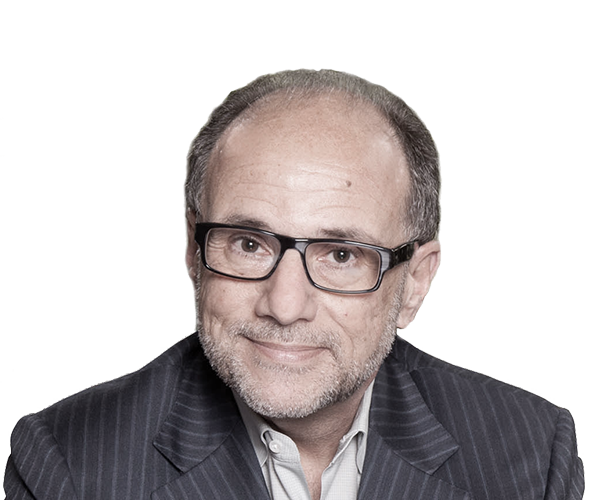 Known as a disruptor, Marty pushes brands to surpass limits and achieve new heights. He has an unparalleled track record for driving the execution of end-to-end experiential marketing programs from branding, social engagement, and demand generation to advertising, sponsorships, events, and communications.

Marty is credited with the creation of the iconic SAP Best Run advertising campaign. He also spent 15 years at the Sony Corporation and held several senior executive leadership positions there, including president of Sony Computer Entertainment where he led the award-winning launch of Sony PlayStation. 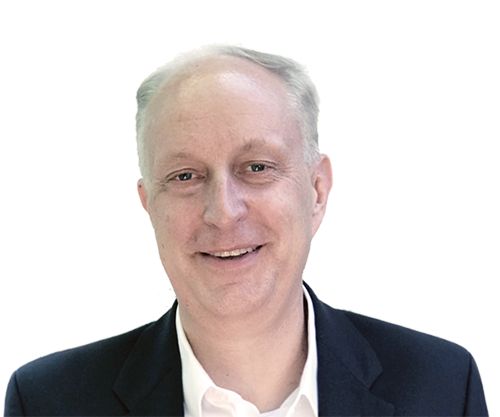 Carsten is an entrepreneurial with expertise in commercializing offerings and driving market success. He is passionate about building, launching and scaling technology businesses and transforming existing operations to generate new services and subscription-based revenue streams.

Most recently, Carsten led the digital transformation of AAR Corp, repositioning the company by leveraging operational data and insights to drive a differentiated offering.  Prior to AAR, Carsten helped launch and grow Canopy Cloud, a joint venture by EMC, VMware and Atos.

Carsten was a founding member of this private cloud infrastructure and services company and led all marketing and sales functions in North America as a member of the North American leadership team, eventually growing the business to $300M. Prior to Canopy Cloud, Carsten was an executive with SAP in various leadership roles including global Demand Management, Revenue Strategy and Pricing and Product Marketing. 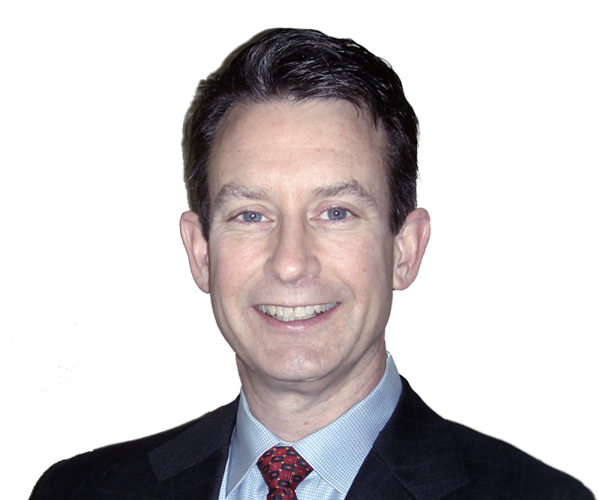 John’s award-winning work includes leading strategy and content for for SAP’s premier corporate events, including SAPPHIRE and SAP sales events. He developed a unique framework and methodology to maximize investments in events while transforming them into strategic and impactful initiatives aligned with business goals.

In addition to driving stellar events that yield best-in-class results, John is known for his ability to bring teams together around a common goal, integrating his mantra “know what matters, do what matters, measure what matters” into event planning and execution to make a positive impact on current programs and future projects.

In 2017, John launched Ride Hard Breathe Easy, a nonprofit dedicated to raising funds for lung cancer patients and supporting early detection programs founded in memory of his mother. Fundraising focuses on bike rides and the team has raised over $250K in 24 months. 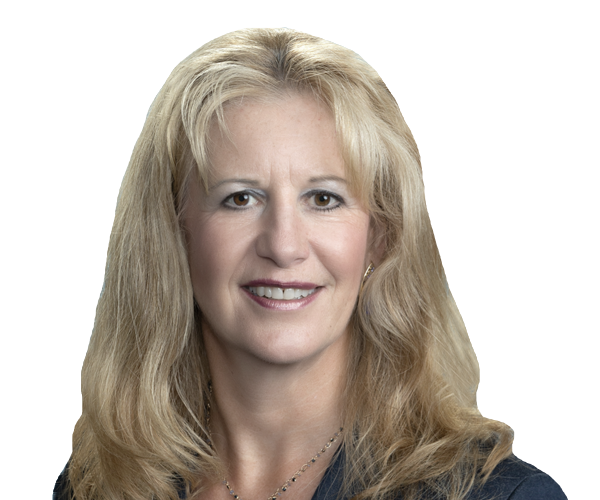 Heather is a leader in B2B Marketing, Sales, Go-to-Market Strategy and Operations.  Her experience spans 25+ years leading these revenue generating functions in organizations of all sizes from $30M to $10B.  She specializes in bringing a 4-dimensional perspective to go-to-market strategy and execution to maximize growth and profitability.

Most recently, Heather was Senior Vice President, Chief Marketing Officer (CMO) for Ricoh in the Americas. she joined Ricoh in April 2019 to lead Marketing, Pricing, Engineering and Portfolio Management. As CMO, Heather played a critical role in strengthening Ricoh’s brand in the U.S. and Canada and leading their transformation from a product oriented company to a customer segmented organization and portfolio in sales strategy, marketing campaigns and digital transformation.

Heather has a Bachelor of Business Administration degree from University of Notre Dame, and has completed Harvard Business School’s Executive Education Program in Marketing.  She is currently also a course leader with Emeritus, Digital Strategies for Business presented by Columbia Business School. 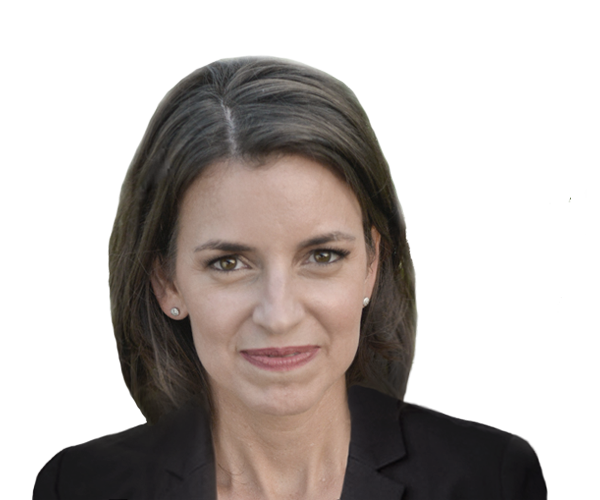 Meghan has more than 20 years of marketing experience in the high-tech industry and spent sixteen of those years working globally throughout Latin America and Europe. An innovative marketing professional, Meghan excels at opening new markets and capturing volume business for small and midsize companies. 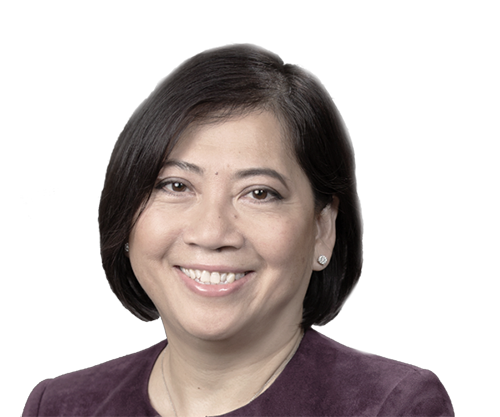 Nancy is an award-winning data analytics leader with a track record of transforming organizations by turning data and insights into competitive advantage. She has held leadership positions at American Express, Wunderman Cato Johnson and SAP.

Most recently, Nancy was a Partner and Global Data Analytics Leader at Mercer, where she managed an Analytics Center of Excellence to build AI and data science capabilities and deliver analytics to internal stakeholders. Prior to Mercer, Nancy spent 10 years at SAP where she led marketing analytics, and later marketing operations, globally.

During her tenure there, Nancy’s team was recognized by the Association of National Advertisers with the Marketing Genius Award for Excellence in Analytics-Driven Strategy, for their ground- breaking work on insights-driven events.

Send us a message to explore how mLeadership can help grow your business.